“Executive Committee” means the Committee of Management of the Association.
“Financial year” means such period of twelve months ending 31st December in each year.
“General meeting” means a General meeting of members convened in accordance with rule 10.
“Institution” shall include any organization, association, incorporated association, company, charity and educational body.
“Member” means a duly elected member of the association.
“Administrative Office” shall mean either a subcontractor or employee designated by the Executive Committee to administer the affairs of IPEG.

1. There shall be five categories of membership of the association:

(a) Active Members
Surgeons who practice surgery of children or adolescents with a special interest in Minimally lnvasive Surgery or Therapy will be admitted as Active members.  Such members will receive online access to the Journal as part of their member benefits.  A print version of the Journal may be purchased for an additional fee.

(b) Surgeon-In-Training Members
Persons who are accredited trainees in the Surgery of children and adolescents, with a special interest in Minimally Invasive Surgery or Therapy will be admitted as Surgeon-In-Training members.  Such members will not receive the Journal as part of their member benefits, but may purchase online access to the Journal for an additional fee.   A print version of the Journal may be purchased in addition to online access, for a higher fee.

(c) Honorary Life Members
The committee may elect as honorary life members persons who have made outstanding contributions to Pediatric Minimally lnvasive Surgery.  Such members will receive online access to the Journal as part of their member benefits.  A print version of the Journal may be purchased for an additional fee.

(d) Allied Health Professional Members
Nurses, GI Assistants, and non-surgeons with special interest in pediatric endosurgery.  Such members will not have voting rights.  Such members will receive online access to the Journal as part of their member benefits.  A print version of the Journal may be purchased for an additional fee.

(e) Senior Members
Members who have retired from active practice or reach the age of 65 but wish to continue their membership status and benefits eligibility. Such members will no longer pay dues, and no longer have voting rights; they do remain on the membership roster and retain all member rates and fees for meetings or product orders.   Such members will not receive the Journal as part of their member benefits, but may purchase online access to the Journal for an additional fee.   A print version of the Journal may be purchased in addition to online access, for a higher fee.

3. Upon application approval by the Membership Coordinator, the Administrative Office shall notify the nominee in writing that he/she is approved for membership by sending a New Member Packet including a welcome letter, certificate, dues payment receipt, and any pertinent flyers or materials.

4. The Administrative Office, upon completion of the application process, shall enter the nominee’s name in the register of members and, upon being entered, the nominee becomes a member of the association. The inaugural membership term shall begin in the month of acceptance into the association and run until the end of the calendar year.  Subsequent membership will be on an annual calendar year basis, except as noted in Section 5.

5. The rights, privilege, or obligation of a person by reason of his membership of the association:

a. May not be transferred or transmitted to another person
b. Terminates upon cessation of his membership by death or resignation or failure to pay the annual membership dues within 90 days of invoicing. The member online Journal subscription will be discontinued upon cessation of membership. Paid Journal online access and print copies of the Journal will be discontinued with no full or partial refunds if the member fails to pay dues but may be re-instated with full payment and re-instatement of membership.

5. The Annual General Meeting may transact any special business of which notice is given in accordance with the rules.

6. A member may bring any business before a meeting, provided that notice is received in writing by the Administrative Office or Secretary/Treasurer at least one calendar month prior to the Annual General Meeting.

7. A quorum of the Annual General Meeting is 25% of the members present at the Annual Scientific Meeting. (4)

1. The Executive Committee of the Association shall comprise;

2. For the purposes of this rule, the world will be divided into three regions. The Executive Committee, with a vote of two/thirds of the members may re-organize or add to regions. The 3 regions are:

3. The President of the Association serves as the Program Chairperson of the Annual Scientific Session during the year of his/her term of office unless he/she appoints other(s) to do so.  In that case he/she may designate a Program Chairperson with the approval of the Executive Committee

4. Each executive member other than the past president shall hold office until the declaration of voting for the election of officers at the Annual General Meeting next after the date of his/her election.

6. In the event of an unanticipated vacancy arising, the Executive Committee may appoint a member to the vacant office. The appointed member will fulfill the unexpired term of the officer who vacated his/her office.

7. The Administrative Office, under the direction of the Secretary-Treasurer is empowered to open and maintain a checking account and interest bearing deposit account in the name of the Association.

The Annual scientific meeting shall be convened once a year at a venue to be decided by the executive committee provided that:

In all affairs and meetings of the Executive Committee and the Members, Roberts Rules of Order shall govern the proceedings.

Upon dissolution of this Association, all assets thereof, after payment of all debts and liabilities, shall be paid and distributed to such non-profit organization or organizations ­as designated by a majority of the Executive Committee holding office at the time of dissolution.

This Constitution is presented, discussed, and adopted, at an organizational meeting in Berlin, Germany on April 27, 1999.

The Constitution may be altered, amended, or repealed at any Annual Meeting of the Members of the Association upon recommendation of the Executive Committee if notice has been presented to all Members at least 30 days prior to the Annual General Meeting.  Adoption of amendments shall require the affirmative vote of at least three-fourths of the  Members eligible to vote and present at the Annual General Meeting at which a quorum is present.

The Association shall maintain offices in California or at such place as the Executive Committee shall determine.

The Association shall indemnify any and all Members of its Executive Committee, Officers, former Executive committee Members or Officers, or any person who served or shall serve at the Association’s request against expenses actually and necessarily incurred by them in connection with the defense or settlement of any action, suit, or proceeding in which they, or any of them, are made parties, or party, by reason of being or having been Directors or Officers of the Association provided, however, that the foregoing shall not apply to matters as to which any such Director, Officer, former Director or Officers or person shall be adjudged in such action, suit, or proceeding to be liable for willful misconduct in the performance of duty or to such matters as shall be settled by agreement predicated on the existence of such liability. 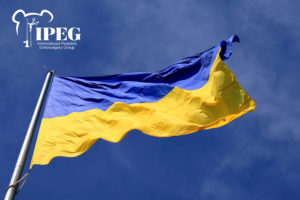 The Executive Committee of the International Pediatric Endosurgery Group condemns the military actions by the Russian Government in the Ukraine. This attack on a sovereign nation is not consistent with the values and principles of IPEG and the international medical community. As an international organization dedicated to enhancing child health through education and access to minimally invasive surgery for all children of the world, we stand in solidarity with our Ukrainian friends, colleagues, children, and people. Click here to view the Letter of Support for Ukrainian Pediatric Surgeons